A Longstanding Treatment for Familial Dysautonomia is Safely Relabeled 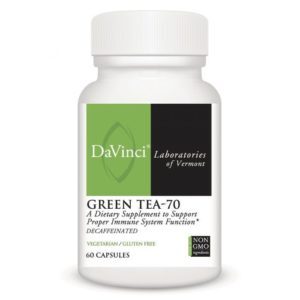 A long-standing treatment for Familial Dysautonomia has been safely relabeled under a different company name.  Green Tea-70, originally produced by the company Food Science of Vermont, is now Green Tea-70 now produced by DaVinci Labs. DaVinci’s formulation is identical to the Food Science of Vermont’s version; both contain the same top-quality amount of a key ingredient, Epigallo-catechin-3-gallate (EGCG), which greatly helps those with FD.  More importantly, Drs. Rubin and Anderson, who first discovered EGCG in 2003 and then vetted the original formulation, has meticulously evaluated the new formulation.

Dr. Berish Rubin and Dr. Sylvia Anderson play a vital role to ensure their treatments are safe and remain consistent over time. In 2000, they founded The FD Research Laboratory at Fordham University New York.  The FD Lab is the only of its kind in the world, dedicating 100% of its time and resources discovering treatments and hopefully a cure for Familial Dysautonomia. Since 2000, after discovering the disease-causing gene mutation for FD, these two researchers quickly identified several non-toxic, effective, and immediately accessible treatments, including EGCG.

While the dedicated and laser-focused FD researchers are busily on the hunt for new treatments, those with FD have peace of mind knowing that the lab vigilantly monitors existing treatments.  On rare occasions, an existing treatment changes formulation.  For example, in 2003, after the researchers discovered tocotrienols, a form of vitamin E, they initially analyzed several superior brands in the marketplace and pinpointed the product with the finest quality formulation.  Then, that product was tested over time to ensure consistency before rolling it out to the FD population. While tocotrienols are hugely helpful in treating FD, the lab, through testing, found that the company began diluting the product. The FD Lab pivoted successfully to a new brand. This trustworthy, steadfast, and tenacious quality control ensures that kids and adults with Familial Dysautonomia continually receive the very best treatments.  Click here to view the most current FD Lab tested treatments.